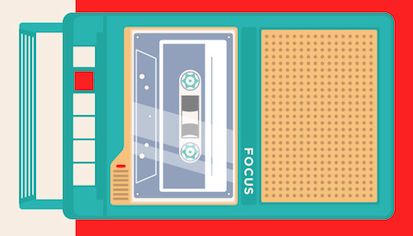 Nellie (Dympna Heffernan) has asked some friends and family to her home for an impromptu marketing focus session, citing a close deadline as the reasoning for the unusual choice to host the group in her living room. Her sister, Jane (Geraldine Crowley), and her brother-in-law, Paul (Kevin Marren) are the first to arrive. The sibling rivalry is quickly established, as Jane finds it difficult to let go of the older sister role and cannot accept that her childhood home is now Nellie’s. Suds (Shaun Elebert), the next-door neighbour and friend, is next to arrive. A bit of a chancer and falling into the dodgy Dubliner stereotype, Suds is quick to charm the highly strung Jane,  much to the disdain of her husband. The last to arrive is Mary-Kate (Hilary Smith), another friend and after much ado Nellie is keen to get the group up and running. As the questions commence, the group members are challenged about their personal views on religion, social class, and abortion; all of which raises issues that distract from the focus group, much to the chagrin of Nellie.

FOCUS is the debut play of Sheena Lambert, directed by David Fleming and presented by Firedoor Theatre. The story places five mismatched people in a room and throws some provocative questions at them, resulting in some emotive and humorous responses.  Whilst there are moments of drama from the characters, most of the script is played for laughs and delivers well on this front. Some lines don’t exactly work, while the impact of other lines is lessened by their delivery. Marren and Elebert possibly give the best performances of the show, perhaps because their characters are so at odds with each other.  Overall, there is a range of acting ability across the cast.

The living room set of a three piece suite with a side board and two coffee tables is as unremarkable as any living room, meaning that the designer has hit the mark with this no frills, straight to the point style. Similarly, sound and lighting are purely functional, as there is no need for any more than that.

As the story progress into farce, Suds brings his personal stash of weed to heighten the atmosphere, resulting in infectious laughter for the characters and the audience alike. The twist in the tale arrives in the form of Detective Sergeant Casey (Harry Walsh) but isn’t wholly satisfactory and does little to bring the story to an agreeable ending. Whist there is laughter as the lights go down, the ending itself feels a little lacking. FOCUS is a fairly entertaining 50 minutes and once the audience keeps in mind that this is an amateur production, there is a lot of fun to be had.