Review: The Humours of Bandon 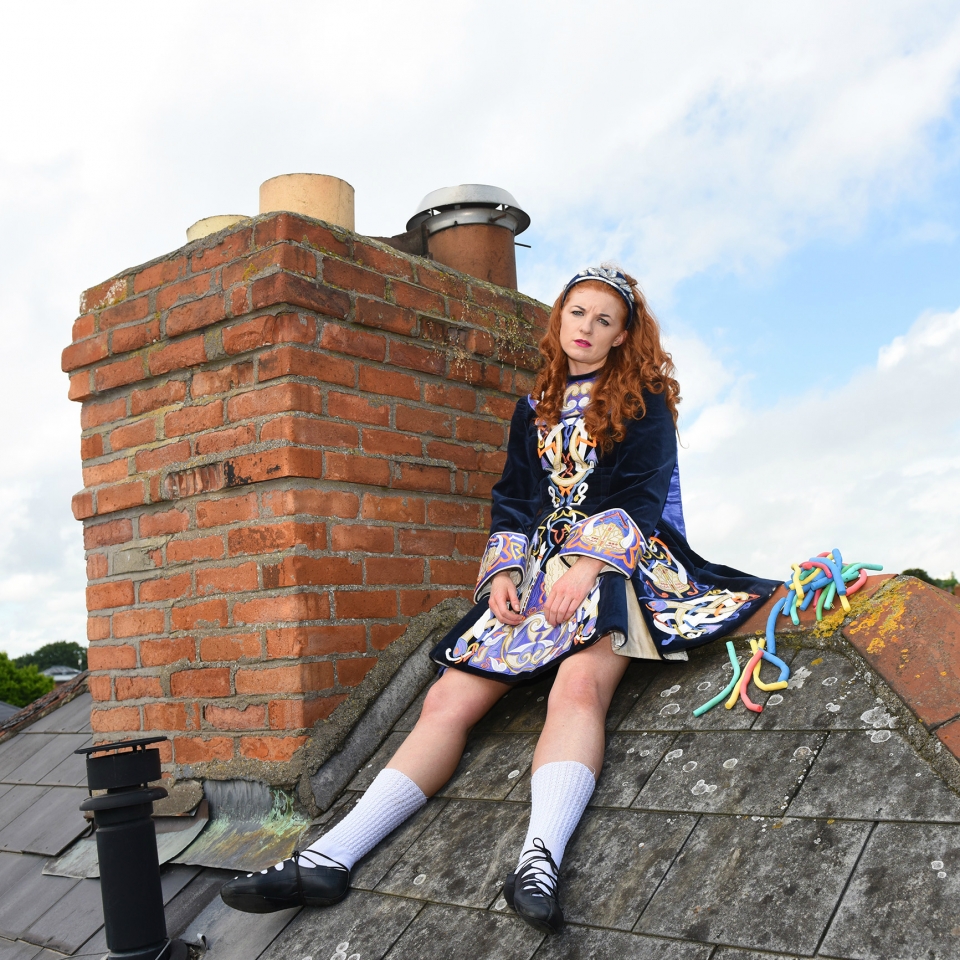 A Dublin teenager, Annie, and her country mother prepare for the All Ireland Championship in competitive Irish Dancing. The hair is done, the shoes are polished, the velvet dress is ready. Everything is to play for at the National Basketball Arena in Tallaght and tensions are high when a new face in the competition ups the ante. A year later and Annie is back to compete again, this time in the older age group. Determined to win but unsure of why, Annie soon realises that real life is as complicated as the bizarre point ranking system of Irish dancing competitions and it isn’t always fair.

This one woman show sees McAuliffe, as well as writing the piece, play a multitude of characters, and she particularly shines in her Irish mammy guise and in the role of Assumpta, the tough as nails Irish dancing teacher. Not to mention that she clearly knows her pumps from her jig shoes. None of this prepares the audience for what is to come. Dancing is difficult. Acting is difficult. Playing two roles in dialogue is difficult. Putting these together simultaneously must surely be impossible. Yet, McAuliffe manages to do just that and do it well. As impressive as that is, it is the finale which is truly breathtaking.

In what really is a tour de force for McAuliffe, Preissner manages to keep an almost manic performance from spilling over into the farcical. Every inch of the stripped bare stage seems to be used and at times it’s easy to forget that there’s just one performer.

The set (David Fagan) is nonexistent, or rather, anything beyond the onstage props would be surplus to requirements. A wooden coffee table is used to unexpected comedic effect while dance shoes and hair curlers, sorry, hair bendies are the only other props. Loudspeaker announcements and winners’ results add to the overall fun and serve well in setting the scene. Lighting (Colm Maher) is used to its utmost effect, especially in the big finale.

The Humours of Bandon teaches that self confidence is all-important. Not only is it essential in winning but it is the key to losing well too. The laughs are plentiful and the story has heart but it’s the determined onstage skills in this 60 minute show that makes it so worthwhile. McAuliffe gets a full “29 points” for her dazzling performance that really needs to be seen to be believed.

One thought on “Review: The Humours of Bandon”