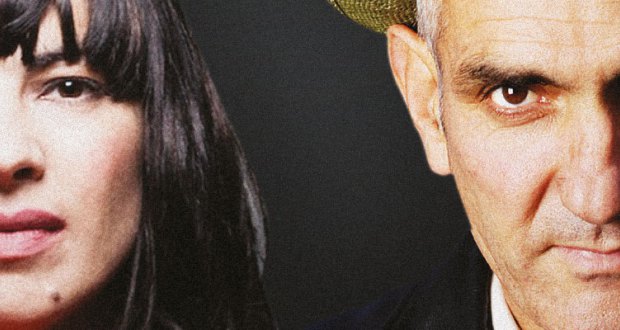 Inspired by last 100 years of Irish poetry and centring around the theme of the four elements, Ancient Rainprovides an aural exploration of Ireland’s past and present. Poetry ranging from Seamus Heaney to Paula Meehan is used as a platform from which Irish performer Camille O’ Sullivan and Australia’s outstanding singer-songwriter Paul Kelly launch an evening of emotive musical numbers and narrations. Accompanied by Feargal Murray on piano, as well as Paul Byrne, Dan Kelly, and Sokol Koka, the stage is filled with musical talent that matches the poetic greats who instigated the piece.

Taking its name from the song by Jimmy MacCarthy, Ancient Rain turns poetry into musical numbers and varies the tempo throughout. Of particular note is Paul Meehan’s The Statue of the Virgin at Granard Speaks, which is an incredibly prescient piece. O’ Sullivan gives this her all and it is undeniably the pinnacle of the show, being both beautiful and heart breaking. Other stand out pieces includes a rockish cabaret version of Yeats’ September 1913 and A Demonstration by Jessica Traynor.

Director Drummond rightly allows the words, voices, and music to tell the story with minimal use of props or special effects. This pared back approach brings about quite a striking effect, especially when combined with some dramatic lighting (lighting design by Neil Simpson).

The musicians and performers are all on from and the numbers flow seamlessly. O’ Sullivan and Kelly complement each other well, with pianist Murray also lending vocals, notably to a haunting version of Ag Críost An Síol.

Ending with an excerpt from Joyce’s The Dead may fit in thematically with the overall piece but it feels slightly jarring on stage. These last few minutes fail to demonstrate the superb skills of O’ Sullivan and Kelly, or any of the excellent musicians for that matter, and finish on a rather sombre note.

A mixture of poetry, song, music, and performance, Ancient Rain is a very enjoyable catalogue of Irish literary and musical talent, both past and present. It explores the last hundred years of Irish history through the heart rather than the head. While there are moments of sentimentality that may be more appreciated by tourists or expats, it is hard not to be moved by the beautiful performances from Kelly and O’Sullivan.

Reviewed on 29 September as part of the Dublin Theatre Festival | Image: contributed

One thought on “Review: Ancient Rain”