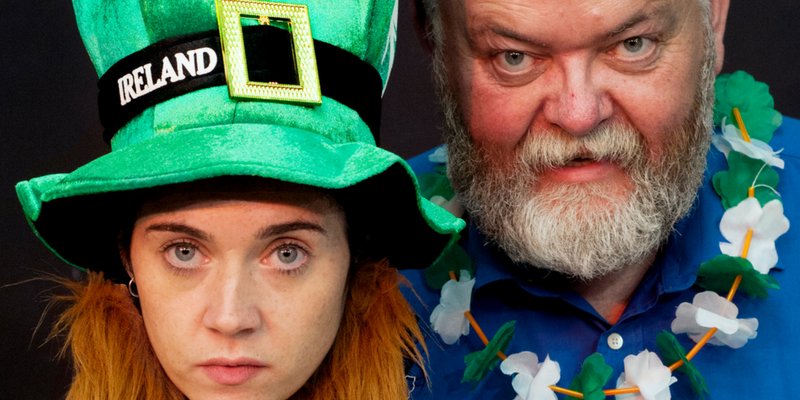 On St. Patrick’s Day a foreign man arrives in a rural town in the West of Ireland. His origin is unknown, as are his intentions. Calling himself Patrick he attempts to fit in by working at a local bar but he is ultimately at the mercy of those he encounters through his workplace. All the locals have their own idea of what Patrick should and shouldn’t do and he rapidly gets lost in the mire.

Playboyz is an experimental re-imagining of JM Synge’s The Playboy of the Western World¸ written and directed by Martin Sharry. This version transposes the action to present day and while following a similar premise as Synge’s, the focus shifts to that of asylum seekers and nationality. Here the story takes a surreal route into self-awareness and the action is interspersed with revelations about the author’s relationship with his father and reflections on Irish society in general.

There are moments that genuinely shine during Playboyz but these get lost in the absurd metatheatricality of the piece. Under Sharry’s direction the ensemble cast (Amy Conroy, John Cronin, Kwaku Fortune, Rebecca Guinnane, Conor Madden, Solomon Osho) give solid performances, with some excellent characterisations. There are plenty of individual pieces that work, such as Solomon Osho’s poetic recitation, but these don’t amalgamate in any meaningful way.  Its self-awareness arguably becomes its own undoing, which is an apt reflection on modern society in and of itself. Though it is not without merit and laughs along the way, it feels needlessly complex and loses momentum at times.

The surreal nature of Playboyz, while fun and provoking at times, results in a rather lengthy 90 minutes of theatre that is mixed at best and fails to reach any satisfactory conclusion.

← September Blog: Pictures of the Past
Review: On Blueberry Hill →

One thought on “Review: Playboyz”