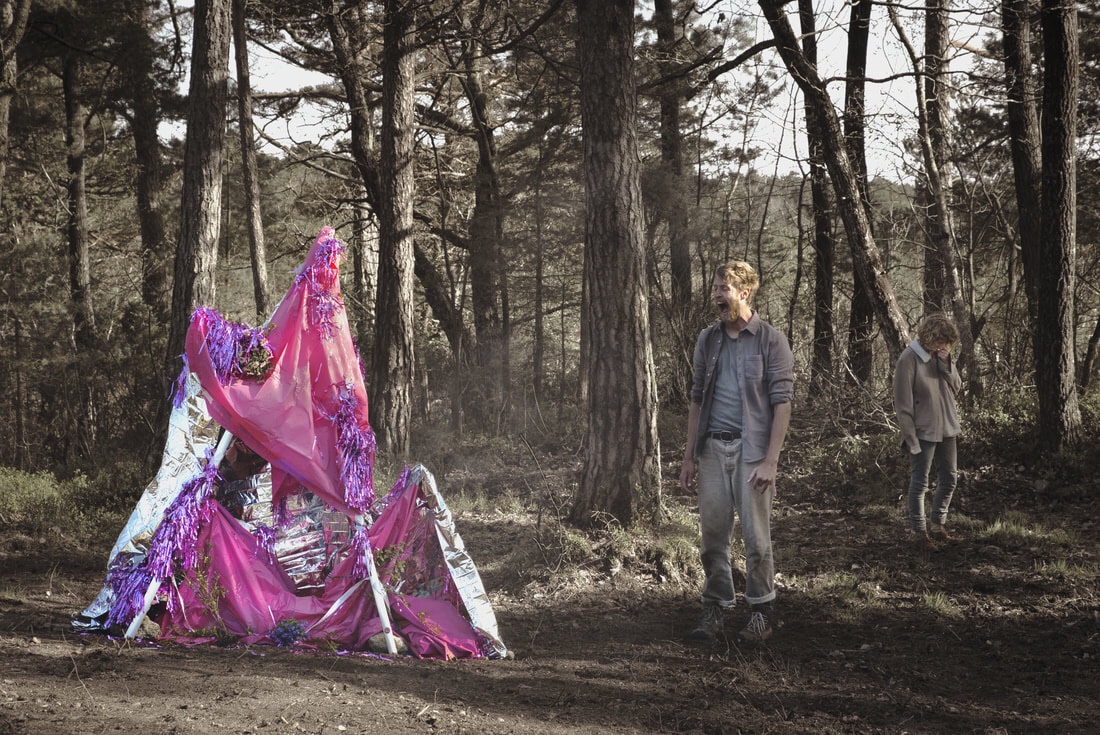 As the end of the world approaches and uncertainty is all-consuming, two documentary filmmakers follow their subjects through the mire of emotions and struggles they face. The subjects, Clara and Kip, work their way through the seven stages of the apocalypse while the documentary makers remain mostly aloof and at times directive. Clara and Kip’s journey from shock to acceptance presents an endemic of challenges, from which memories are the nicest to remember, to coping with the boredom of impending doom.

Dealing with more than just the end of days, AFTER taps into current global issues and holds a mirror up for the audience to gaze upon in horror. This, in turn, brings a strange sense of relief: whatever fear is currently occupying us, individually and as a society, will probably be the least of our worries when the final hours are counting down.

This rough cut documentary uses live stream video of the onstage performance, interspliced with pre-recorded footage of the cast in Scandinavian hinterlands. Choreographed movement features throughout, at times both profound and comical. Thematic music and sound design (Kevin Gleeson) coupled with lighting (Sarah Jane Shiels) continue the documentary feel of the piece, resulting in a stylish and well-composed chaos.

The introspective nature of this piece is offset by the surreal humour that trauma can engender, resulting in a show that offers a more human and less catastrophic view as to what the end of the world might actually look like. Over 80 minutes of poignancy and absurdity AFTER delivers a lesson in living life and enjoying it while we can. Whether we are at the end of the beginning or the beginning of the end it doesn’t really matter; nature always wins. Stop fretting, hug a friend, and make happy memories; someday they might just save you. If not, you can always dance your way through denial.

Note: Contains use of strobe lighting and smoke machines.